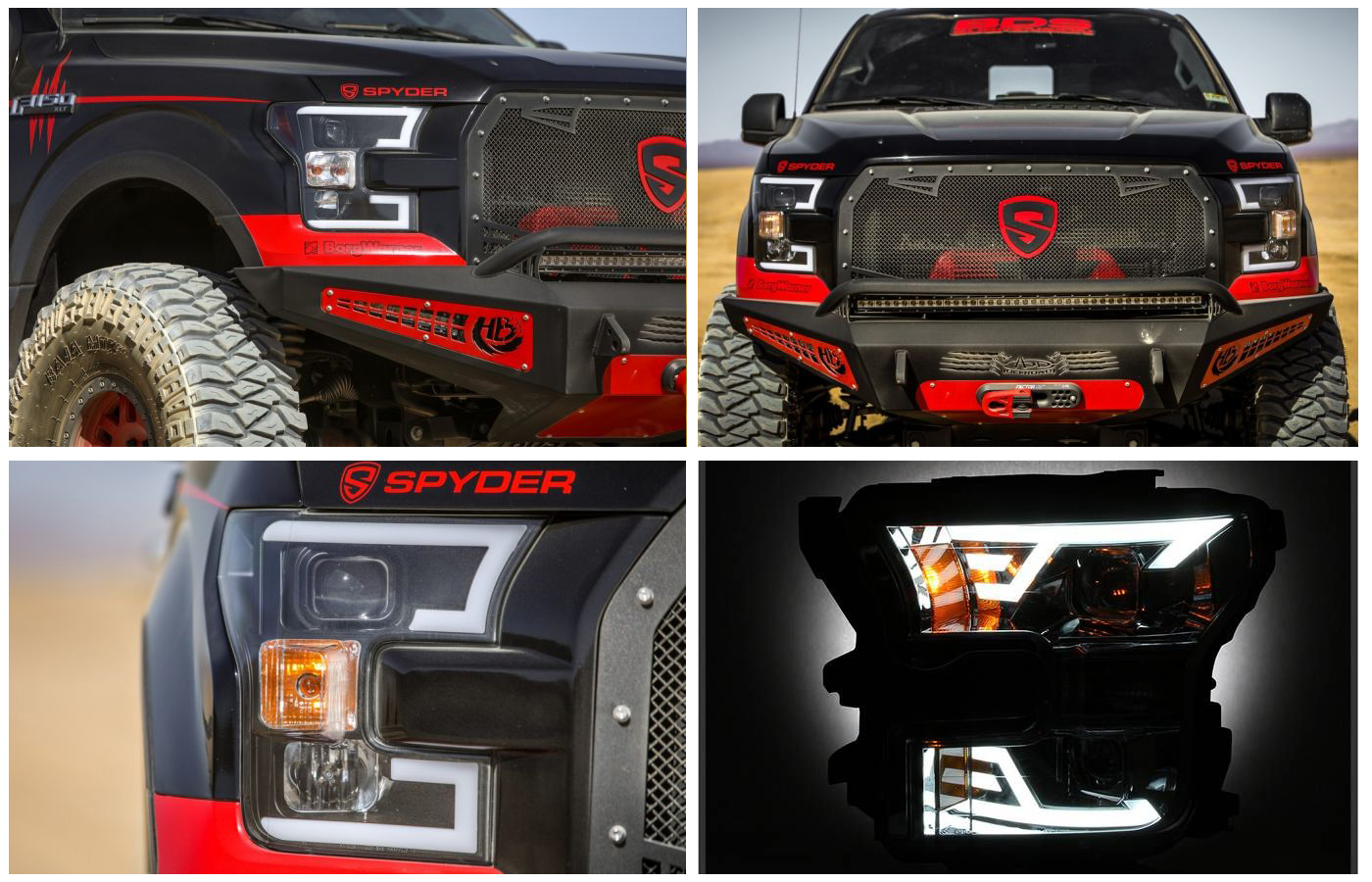 Are you looking to customize your 2015-2017 F150 with custom head lamps? For instance we offer a full catalog of 2015-2017 F150 headlights in various styles including projector and light bar versions. Additionally these headlights make a huge visual impact of how your F150 looks both in daytime as well as night time driving. Secondly these headlights allow you to tailor the way your vehicle looks to your personal taste. As a result your truck will stand out from the crowd and really get noticed especially at night. Finally the staff at Driven By Style has been delivering headlights to F150 owners all over the globe for more than 10 years. In other words we have the selection as well as the experience needed to answer any questions you may have. We have your F150 lighting needs covered!

Many owners ask us how to install the headlights in their F150. This video below by Spyder Auto demonstrates how to upgrade your 2015-2017 F150 with projector headlights.