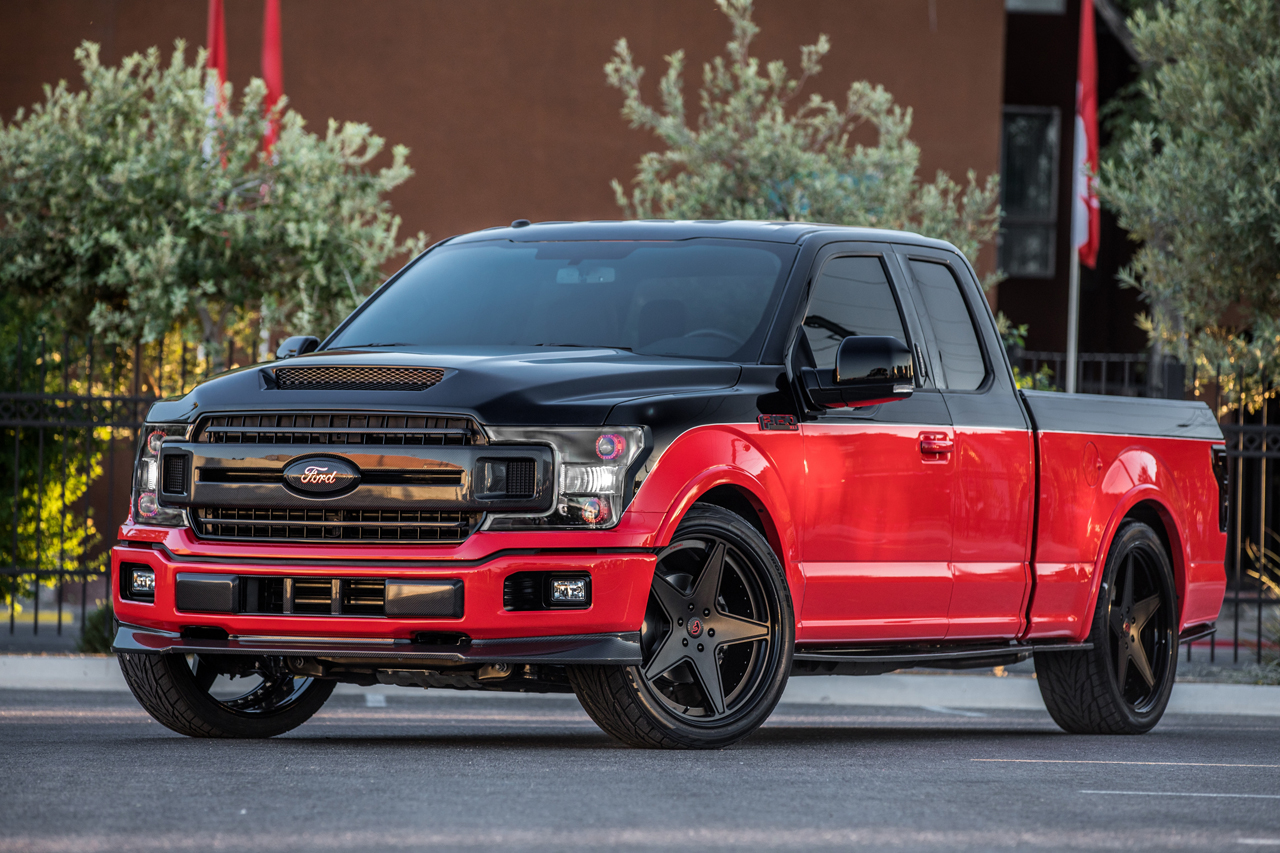 Make Your Truck Stand Out With an F150 Body Kit

Are you shopping for a F150 body kit to customize the look of your Ford F150? For instance we carry a full catalog of body kits and individual styling upgrades for Ford F150.  Additionally we carry a wide selection of fenders, front bumper lips, front bumpers, rear bumper lips, rear bumpers, rol pans, roof spoilers, side skirts and more. In conclusion for 10 years now Driven By Style has been delivering quality F150 styling upgrades to customers all over the country. In other words we have your F150 styling needs covered!

A body kit can add subtle style or a full on transformation to your F150. We carry some styling complete body kits that replace the front and rear bumpers and add sleek side skirts. Additionally we also carry off road styled body kits such as widened fenders and bed sides. Secondly you can also just upgrade the front bumper or add a front bumper lip spoiler for a subtle styling upgrade.

Looking to add some styling to your F150 and also improve cooling? Check out our custom vented hoods we offer for F150 models. Our F150 hoods are available in a range of styles including ram air hoods, heat extractor hoods and cowl hood designs. Furthermore we also offer quality hoods in both fiberglass and carbon fiber for the ultimate in weight savings. 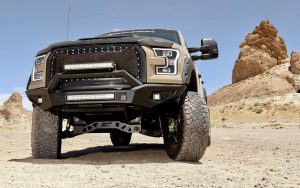 Are you looking to add some rough and rugged styling to your Ford F150? Check out our F150 Off Road Bumpers from quality brands including Bulken Off Road and DV8 Off Road. Each bumper is constructed of high quality steel with options for mounting accessories such as winches and LED Lighting.

Are you interested in fender flares for your Ford F150? For instance we carry several styles to suit all tastes and styles of F150’s. As a result our F150 fender flares allow you to modify your truck to best suit your needs.

Driven By Style LLC 10 Year Anniversary
Automotive experts not just a call center!
Call us at 888-669-1154
Chat with us live