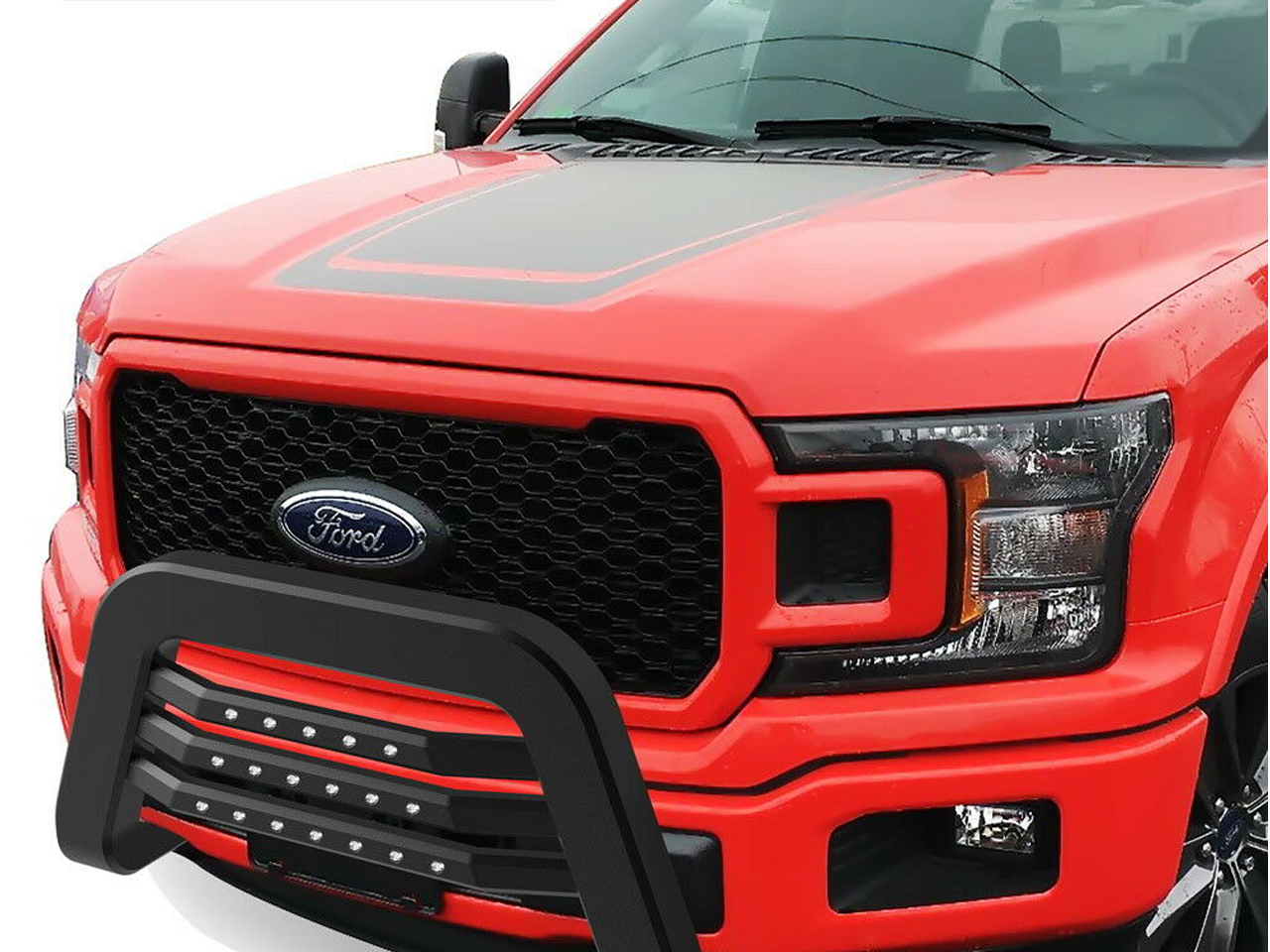 Upgrade the look of your truck with a new F150 Grille. We carry a wide selection of front grilles for Ford F150. Available styles include billet grilles in black and raw aluminum, stainless steel grilles, mesh wire grilles and more. Additionally our F150 Rivet Grilles are very popular with F-Series owners. We feature hundreds of front grilles from APS and are constantly expanding our catalog.

Driven By Style is an authorized retailer of TREX Billet brand truck accessories. As a result we are adding new F150 front grilles and accessories to our catalogs daily. TREX Front Grilles feature bold styling and lighting upgrades that will take your F150 to a new level. Premium quality and made in the USA!

Running boards are a necessity for most truck owners. They certainly add convenience to make it easier to get in and out of the truck. Additionally if you add a suspension or body lift to your F150 you are going to need some side steps to get in it. Finally we have added a full catalog of F150 running boards in many styles and finishes.